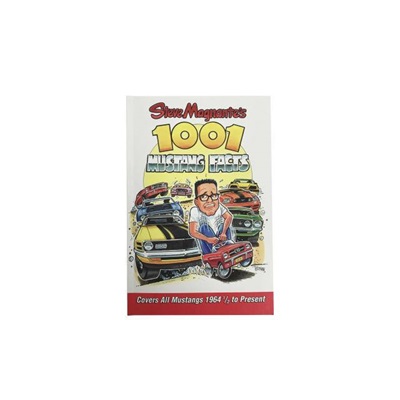 Author Steve Magnante is well known for his encyclopedia-like knowledge of automotive facts. The details he regularly shares, both in the pages of national magazines and as a contributing host and tech expert at the popular Barrett-Jackson Auctions on television, are the kinds of details that car fanatics love to hear. Steve turns his attention to the most popular car in history, the Ford Mustang. In more than 50 years, the Mustang has taken many turns, from the original pony car, to variants that are best described as pure muscle cars, to the misunderstood Mustang II, to the Fox-Body platform that brought back the brand, all the way to the modern Coyote- and Voodoo-powered supercars. Magnante covers them all here, generation by generation. Whether you’re an avid fan of all Mustangs, a trivia buff who wants to stump your friends, or have a particular affinity for a particular era of Mustangs, this book is an informative and entertaining collection of facts from one of the industry’s most beloved and respected sources.