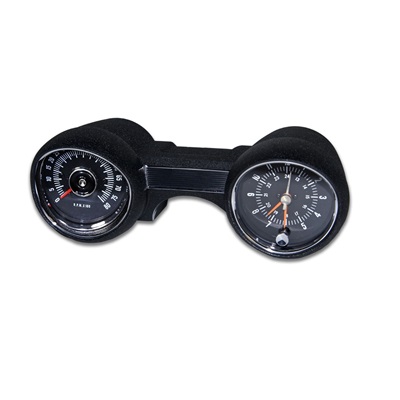 Scott Drake is proud to announce the latest addition to our popular line of 1964-65 Mustang 8K Rally Pacs. This new addition is solid black and features a plain black center emblem with no other identifiers. When Ford first introduced the Rally Pac it did not have the Logo so all 1964?s and many early 1965?s that rolled off the assembly line with the Rally Pac option did not have a logo on it. Late 1965?s and all dealer add-ons and over the counter Rally Pacs had the Logo. Scott Drake Rally Pacs are the only ones that work with most modern ignition systems!