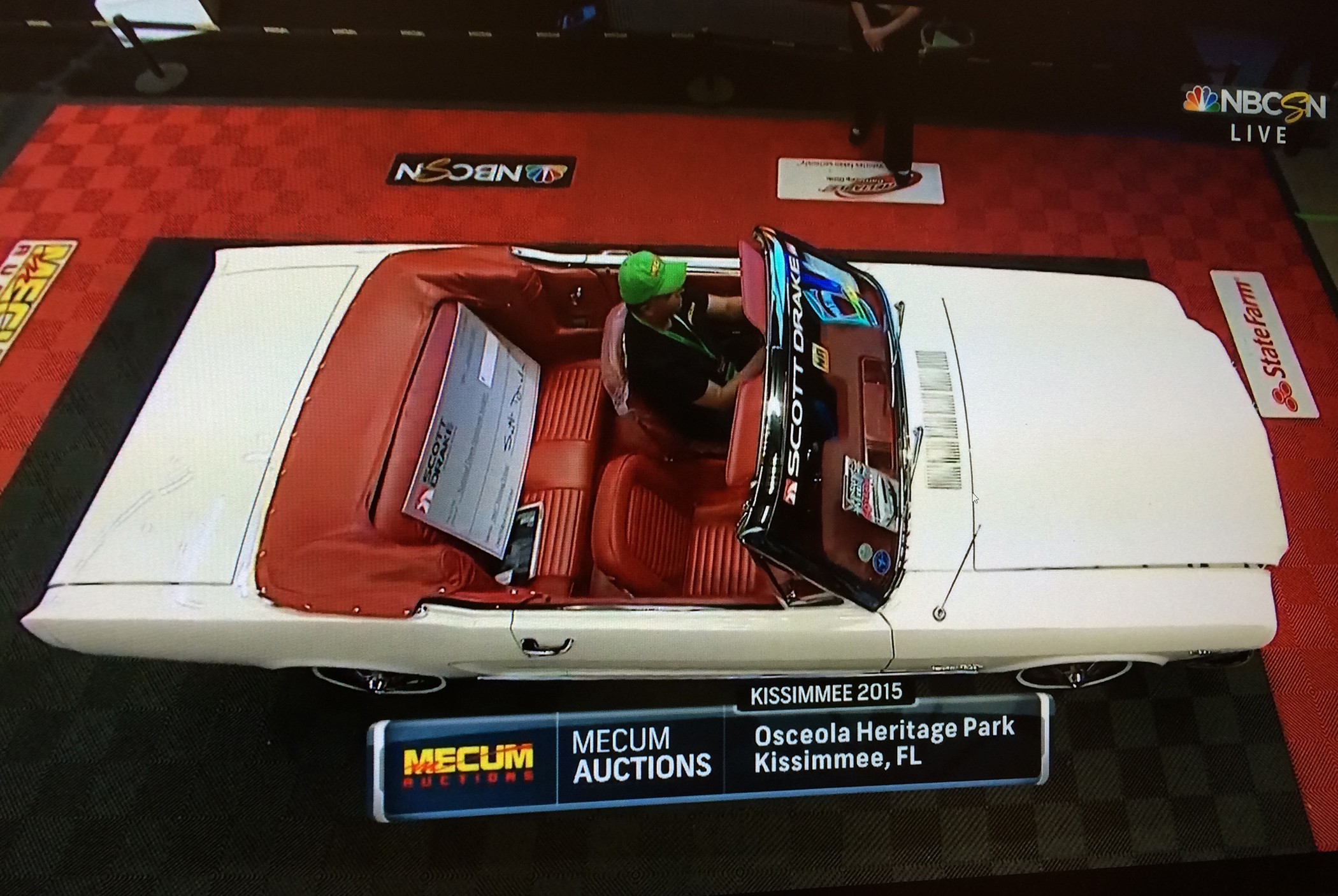 Scott Drake is proud to announce the sale of its’ 1964 ½ Mustang 50th Anniversary Tribute car at the Mecum Auction in Kissimmee, FL. When the gavel dropped, the winning bid for the car was $40,000. The company is donating 100% of the proceeds to the National Down Syndrome Society. The auction of this special car is a culmination of a year-long campaign to celebrate the 50th Anniversary of the Ford Mustang. “We’re very pleased with the sale of the car. It’s a great day for us and our partners to be able to give back.” said owner Scott Drake. This 1964 ½ Mustang was built as a replica of the Wimbledon white press car originally used by Ford in the marketing launch of the Mustang in 1964. The build of the car was commissioned by Scott Drake with the “rotisserie” restoration work expertly performed by the Mustangs of East Texas car club. Scott Drake supplied the numbers-matching convertible along with over $10,000 in parts for the restoration. The success of this car would not have been possible without the generous support of partners: Mustang Club of America, Mecum Auctions, National Down Syndrome Society, Mustangs of East Texas and National Parts Depot. Special thanks to Randy Ortigo for the rebuild on the D-Code 289 4v, Jimmy Hayes for the rebuild of the Cruise-O-Matic C-4, Eddie Siler for the paint and body work and National Parts Depot for the final prep of the car for auction. This car and its mission have special significance to company owners, Scott and Suzanne Drake. Their oldest son, Troy, was born with Down syndrome. As their business has grown over the last 30 years, the couple has worked hard to make sure their son and others with intellectual challenges have the opportunity to live normal independent lives.