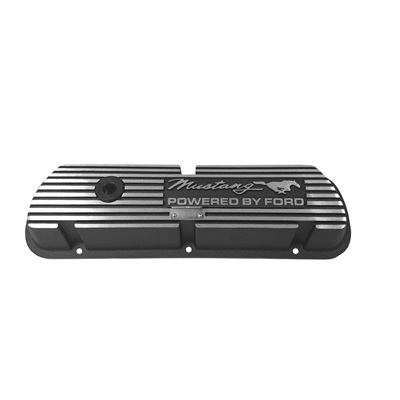 These are hands-down the highest quality valve covers available today. They are made with pride in the USA and feature die-cast aluminum construction

with integrated heat-sink fins for years of lasting

performance. The authentic design of these valve

Will not fit 5.0L EFI engines.